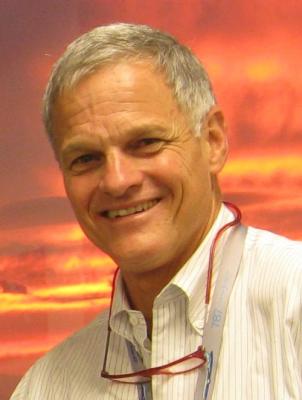 Jay was born in New York City, NY on September 15, 1947 to Charles G. Abbott and Florence VanHasslacher. He attended Saxe Junior High, New Canaan, CT and preparatory school at Choate School, Wallingford, CT. In 1970, Jay graduated from the University of Denver, Denver, CO with a BA in Economics.

Within weeks of graduation, Jay began learning to fly with his dear friend and skiing buddy, Dave Sanctuary in the left seat.  This initial foray into exploring more of the outdoors resulted in Jay getting his private, commercial, instrument, flight instructor and airline transport pilot ratings.  In 1972, he joined Dave as a commercial airline pilot at Frontier Airlines. He flew for the company for 12 years.

In 1984, Jay married Darlene Kordonowy during a sunny week-long celebration with 60 family and friends on Orcas Island, WA. Within their first year as newlyweds, Jay was diagnosed with adult onset type 1 diabetes, abruptly ending his career as an airline pilot, and the couple – along with two cats and Jay’s parakeet ‘Boeing’ – moved to the Pacific Northwest.  In 1987, he began his 25-year career working for the Boeing Company.  Jay was often heard to say, “The diabetes diagnosis was one of the best turn-of-events in my life”.

Jay was well known throughout Boeing and the worldwide industry for his smiling face, his jokes, his work ethic, and his ability to get difficult things done in a cooperative fashion.  His innovative programs were considered crucial to the success of the 737 Next Generation and the 787 airline operations. One of his big accomplishments was working with the Federal Aviation Administration (FAA) to obtain the commonality agreement between the 777 and 787.

During his early years at Boeing, his airline experience was put to use in helping to design Boeing airplane cockpits.  He later worked instructing airline pilots, and then began to help in creation of procedures for use by the pilots.  With this background, and his great ability to work with customer pilots and regulatory pilots, he was chosen to help with the development of first, the 737NG aircraft, and then later the very modern 787 aircraft.  His job included traveling around the world to such places as Japan, Brazil, and Tibet to work with the customer airlines.  Jay considered his recent work with ANA in Japan to be a highlight of his career.  Wherever he went, he renewed old friendships, and of course, made new ones.

Throughout his life, Jay played and loved the outdoors. From a young age, his summers were filled with swimming competitions, tennis, or sailing the waters of Long Island Sound.  Family skiing in Vermont occupied winters as did his extramural hockey activities.  Throughout college, he taught skiing in Colorado, first at Arapahoe Basin then at Copper Mountain.  He was particularly proud of his involvement with the Copper Chopper Youth Skiing for 8 – 18 year olds, a program that taught skiing skills and developed their love of the outdoors and the sport.

Jay was preceded in death by his parents. In addition to his wife, Jay is survived by one sister, Laine Lapin and brother-in-law Merv Lapin of Vail, CO; three brothers, Joe, Wolcott, CO; Hal, Ft Lauderdale, FL; Charlie and sister-in-law Michele, Mar San Pedro, CA; 14 nieces and nephews; and a devoted circle of extended family and friends.

We hope that you will join us as we honor Jay and celebrate his life in April on Bainbridge Island.
Follow this link for the details of the event.